India is a land of tribes, cultures, mixed religions, dance music, and most importantly cuisines that are diverse in many ways. The food of indigenous people holds contrasting spectrums while we move across geography. And with this diversity, tribes of India have adopted practices that are inherent to their regions in order to bring food to their plates. Ethnomycology is concerned with the roles of fungi in the human social experience. An inherently multidisciplinary field, it reaches myriad cultural domains and crosses interests in the humanities, fine arts, and social and natural sciences.
Ethnomycology, as a study is to be explored further in our country, but to begin, here is our attempt to explore, and understand our own heritage through documented evidence.

Some of these practices of foraging and hunting have been forgotten along the way as tribes started urbanizing further. Foraging as a concept has been lost, with the advent of mono cultivation and the free availability of food. However, with this ease, ideas of food over years have become what the market dictates. Over the years this repeated stress on cultivation has taken away the knack of urban and semi-urban communities to concepts of foraging and this skill lies simply with the tribes in dense forest locations. One such rampantly foraged kingdom is Fungi. After foraging, tribes collected recipes of various fungi and used them for medicinal, spiritual, and socio-economic purposes. India is home to the largest population of tribes (Adivasis) in the world, making fungi a close link to their culture. States like Assam, Nagaland, Madhya Pradesh, and Orrisa have shown many ethnomedicinal uses which have been very well documented. Diverse climates and unique biodiversity are host to a rich mushroom population in India and form a valuable non-timber forest resource for local tribes and communities. Consider the recipe of the ‘Kaani’ tribe of Tamil Nadu, the community collects mushrooms early morning and soaks them with pounded rice and water. Post this they boil the mixture with spices, salt, and green chilies and serve the same with grated coconut and tapioca.

Nowadays, we have begun to eat, not from a geographic perspective, nor from ancestry but from what the market dictates. Thus, our biochemistry over years is perhaps dictated by what our great-grandparents and ancestors have eaten, and we feed our guts non-intuitively. In the same way, we eat the mushrooms that the market dictates – button mushrooms while forgetting the various many beautiful, medicinal, and nutrient-rich mushrooms available in our lands.

Traditional knowledge of mushrooms within tribes of India lies deeply in the religious sacredness of festivals and ceremonies. Maharashtra cultivates a wide variety of mushrooms and has been building its so-called inventory through foraging, keeping ahead of the mushroom trends, and with a variety of mushroom cultivators propping up in the state. Local names of mushrooms in Maharashtra include aalimb, tree-loving varieties literally as “lakdachi aalimb” and “mohacha aalimb” as those which are closely linked to the mahua tree, and grow out there.

West Bengal has many regional ethnic tribes like Munda, Sabar, Lodha, Kol, Bhumija which are concentrated in the dense forest areas and consume wild edible mushrooms freely. Previously, ethnomedicinal uses of fungi in different areas of India like Assam 25, Nagaland 20, Madhya Pradesh 26, Northern Odisha 27, Similipal Biosphere Reserve 28, and Central India 29  were studied and documented. In Central India, Ganoderma lucidum is used as herbal medicine by the Baiga tribes to relieve those who suffer from curing asthma. Similarly, another potent medicine is Agaricus sp. which has found immense benefits in use in goiter. Lycoperdon pusillum was found to help in clotting, and wound healing with its antiseptic properties. 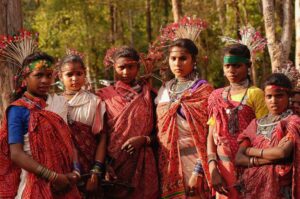 In a lot of tribes, the affordability of animal protein is impossible, and thus mushrooms are greatly valued as a source of protein. They form a vital food supplement solving a huge malnutrition problem in these areas. Ethnic tribes of western Assam such as Garos, Adivasis, Bodos, and Rajbangshis also do consume mushrooms on a regular basis in their pickles, festival cooking and in soups. Take, the Kodagu district in Karnataka where tribes have been foraging and consuming mushrooms just after the first monsoon rains. These mushrooms pop out from all around the forest near the base of trees and thus get their names, in a unique syntax. The ethnic names are derived from having the first name a tree name followed by ‘mara’ which means tree and ‘kum’ which means mushroom. Some common names also include Alambu = Mushroom, Amme = Breast-like, Anabe = Mushroom, Baari = Big, Balliya = Big, Baeru = Root, Beeru = Root, Buguri = Top / Pedestal, Chalae = Purple, Gante = Bell etc. Similarly in a neighboring state of Kerala, the mushrooms are given names along with their association with other plants. Mushrooms growing on tree stumps are called thuttikoonu, while those that grow along with jackfruits are called Chakkakumman. Some even are grown after the bamboo wood is put out, and destroyed known as mulankoonu. With every dialect and ethnic tribe, this close association with nature while bringing in nomenclature has a beauty that might have been lost as we moved away from nature. 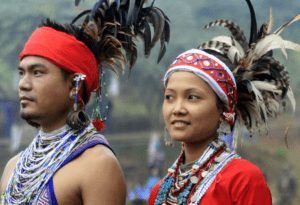 Due to their close association with festivals, rituals, and practices, mushrooms have traditions associated deeply with them in these tribes. For example –  the effects might get enhanced if the preparation is eaten or applied on an empty stomach on the onset of ‘Purnima’ or ‘Amavasya’ tithi. Celebrated, respected, and consumed widely, there is a lot to learn from the tribes of India as to why fungi have healed and stood the test of time. 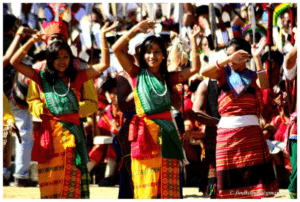 Fungi are the link in the entire forest that takes signals through its mycelium network and helps us understand why each species operates the way it does. Our tribes in India and forest communities are the last piece of information on empirical knowledge of the fungal kingdom and unique species. In order to really respect and understand this kingdom, we need to keep our understanding of its characteristics intact.

While we understand just a sliver of it, as a community we ought to create pockets of collection, appreciation, and understanding through spending time in those environments, foraging for species, and documenting evidence that could benefit our relationship with mushrooms. 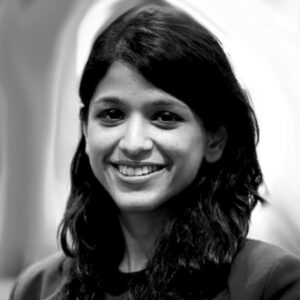 Co-founder at Nuvedo, foodie, health & nutritionist enthusiast, yoga practitioner, and mental health advocate she spent her time studying and observing the therapeutic and healing benefits of mushrooms. Calling herself a startup catalyst, venturing into the agriculture space through a sustainable business model she hopes to build the right awareness about fungi and food for future generations. Her greatest vision for Nuvedo is for people to bring back control of their food and diet through mushrooms. At Nuvedo, she ties back to communities of farmers and is hoping to build India’s mushroom revolution.