Our tagline at Nuvedo is “In Mushrooms We Trust”. At Nuvedo, we truly believe that fungi hold the answer to many of the most pressing issues that our country India is facing today on multiple fronts. Rather than looking at these as issues, we can approach them as opportunities for us to harness the true potential of fungi and progress towards a more sustainable future. So, let us take a look at some of these opportunities and see how mushrooms can help solve them.

The problems that we face today can be broadly be classified into 3 categories:

Though all the problems listed below can be considered to have an environmental and economic benefit owing to the very nature of mushrooms, I have categorized them on the basis of the dominant theme. This blog has been split into 3 parts so as to get into the details of each of them. In part one, the environmental angle is what will be explored.

The issue of crop burning

Every year, India generates about 700 million tons of agricultural waste out of which close to 16% is burnt, leading to an increase in airborne pollutants.

How bad is this problem?

It is estimated that the total national annual emission for CO2 from crop residue burning alone is more than 64 times the total annual CO2 pollution emission in Delhi. If this isn’t alarming enough, a study conducted by the Institute for Social and Economic Change, Bengaluru, estimates that people in rural Punjab spend INR 7.6 crore every year on treatment for ailments caused by crop residue burning. Even after three years of an intense awareness campaign in Punjab, along with INR 1,000 crore worth of subsidies on straw management machines, there hasn’t been any big shift away from stubble burning. As per the data from Nasa’s VIIRS 375m satellite, 86,606 fires were detected in Punjab and Haryana this year which marks a 7.3% increase over last year. Moreover, climate scientists have already linked fine particulate matter in the haze to the melting of Himalayan glaciers. So, it is quite clear that crop residue burning is not a problem to be taken lightly. To understand the underlying causes let’s try and understand why farmers resort to burning crop residue.

There are 3 main reasons

This is where mushrooms come in. Agricultural waste such as paddy and wheat straw makes a great substrate for cultivating a variety of mushrooms including different types of Oyster, Paddy straw, and Milky mushrooms. These mushrooms digest the lignin, cellulose and hemicellulose present in the straw and turn it into nutrients that help them grow. To see how profitable it can be let us compare the wholesale price (as of December 2021) of 1 Ton of wheat, Onion, and Oyster Mushrooms; 1 ton of wheat sells for  ₹ 21,000, Onion for  ₹ 62,000, and Oyster mushrooms for  ₹ 1,00,000! Farmers can use their crop residue to cultivate these lignin-loving mushrooms and generate a considerable chunk of revenue from what would otherwise have been burnt. What makes this even more economical is that the mushrooms substrate which has been utilized to grow mushrooms (also called spent mushroom substrate) can be used in compost preparation; which can be added back into the fields to improve the structure and soil fertility. Currently in India only 1.5% of the agricultural waste generated is being used as substrate to cultivate mushrooms.

The spent mushroom substrate has also found use in industries to generate bio-diesel or can even be used to feed livestock! As you can see, mushroom cultivation is something that should be promoted in areas with an abundance of agricultural waste as a way to reduce waste, stop pollution and generate additional income.

India is facing a major water crisis today, which can be attributed to the culmination of a variety of issues. The major cause of this crisis lies within the agricultural industry. Nearly 90% of the available groundwater is currently being used by the agricultural industry for irrigation. This issue is made worse by unscientific growth of water intensive crops like sugarcane and rice in areas with poor rainfall and insufficient ground water. The Nature study, published in the year 2009, clearly warned that, if counter measures are not taken soon, India would not only face severe shortage of drinking water, but the agricultural yields would also reduce, which could lead to extensive socio-economic issues. The evidence so far is in line with this prediction. For example, the agricultural yield growth of Punjab which was once the top performing state, has reduced considerably in recent years. This coupled with potable water shortage and water and air pollution has caused a variety of problems in the state. 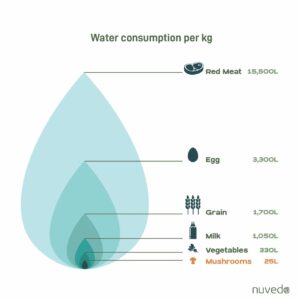 I’ll be taking into account the other two issues in the next blog piece stay tuned folks for Part 2: Why India Needs More Mushroom Farmers. 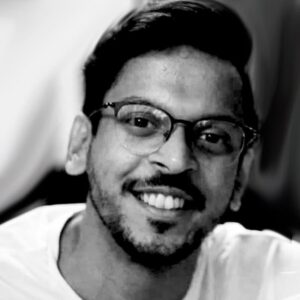 Jashid is the co-founder of Nuvedo. An IIM graduate, with a bachelors in manufacturing engineering from BITS Pilani, his interest with fungi and mushrooms started with looking for alternate sources of vegetarian protein.  He loves talking about mushrooms, spending time with them and studying their behavior in all shapes and forms. The role of fungi in the natural ecosystem, with mushrooms being at the forefront, led him to explore their structures, benefits and cultivation. Bringing his experience in retail and sustainability together, through a lens of permaculture, he cofounded Nuvedo with the aim of bringing legitimate, gourmet, and medicinal mushrooms to Indian people. He is committed towards spreading the nutritive and therapeutic properties of mushrooms while building an ecosystem of trust with the community. His love for people and passion for mushrooms has evoked the birth of this organization.