Guest Blog: This Veganuary, give mushrooms a try!

The ethical and environmental devastation wreaked by animal agriculture or livestock farming is finally getting mainstream attention in the West, and now in India. The impact of industrial animal agriculture is enormous. It emits 14.5% – 16.5% of the world’s greenhouse gas emissions, occupies over 30% of the Earth’s land, and has destroyed over 70% of the Amazon rainforest. It commodifies the lives of over 80 billion land animals in a year — raising and slaughtering them in intensive, cruel, and filthy conditions. It has been the breeding ground for avian and swine flu epidemics. Experts cite that the next pandemic could well originate from a factory farm. Can we afford this destruction just to satiate our demand for meat?

Today, there are several humane and sustainable alternatives to animal-based meat. They use a fraction of the environmental resources required by conventional meat, do not lead to fatal contagious diseases, and spare billions of animals unnecessary suffering. Plant-based alternatives to meat, dairy, and eggs have proved that they are no longer just a passing health or sustainability fad — they are no longer consumed only by vegans or health enthusiasts.

Veganuary was started as a challenge by a UK nonprofit group in January 2014 to help people transition to a plant-based diet for ethical, environmental, and health reasons. Veganuary India offers support in this transition too.

The future is plant-based and these alternatives are here to stay! Gone are the days when meat alternatives consisted merely of soya nuggets or chaap, or tofu analogues. Meat alternatives today mean business — they are tasty, affordable, and accessible, and will only get better with increase in demand.

The humble mushroom is playing a crucial role in mitigating the disastrous impacts of animal agriculture, and in forging a new food system that is more equitable for people and animals. It is rich in potassium (which reduces sodium levels and blood pressure), contains B vitamins which can boost energy, has anti-inflammatory effects on our immune systems, and is loaded with antioxidants and polyphenols that protect against aging.

Mushrooms have enormous potential as raw materials for plant-based meats, leading to an explosion of mushroom-based meats in the West. According to Forbes, investors are favouring fungi-based meats as they have fewer ingredients, require significantly less processing, and have a better nutritional profile than the current popular plant-based meat ingredients such as soy or pea. According to The Good Food Institute, an impressive USD 1.5 billion was invested in plant-based meats in 2020, of which USD 435 million was in fermentation technologies, which are used by several mushroom startups. Meati is one such example. It is grown indoors, without environmental pollutants or antibiotics and is ‘brewed’ using water, sugar, and nutrients from the mushrooms’ mycelium structures. Meati uses this technology to create its steak, chicken, and jerky. Ecovative is another company that created its AirMycelium™ platform which systematically grows mycelium fibres in specific patterns using a range of biological processes to create mushroom-based meat and leather at scale. It then created MyForest Foods to launch its first product MyBacon, using its gourmet mycelium.

Mushrooms are an ideal raw material for meat alternatives — they are grown extensively across India, are not resource-intensive, are nutritionally dense, and provide a texture and umami flavour that are convincingly meat-like. For a population that is growing increasingly conscious of their health and the environment, it is only a matter of time (and increasing consumer demand) that such products are available and price-competitive in India!

Mushrooms are playing a vital role in reforming the traditional leather industry too. India’s dairy, beef, and leather industries are inextricably interlinked with each other. These industries have the same ‘raw material’, i.e. India’s cows and buffaloes. In addition to the obvious cruelty to ~ 500 million animals, the cattle industry’s greenhouse gas emissions are amongst the highest in the world, with India being among the world’s top beef and dairy exporters and consumers. The industry is infamous for emitting sludge and metals like chromium, lead, zinc, and manganese into nearby water bodies. It is also rife with social ills. According to the report ‘Do Leather Workers Matter?’, Dalits and Muslims, who comprise a majority of tannery workers, must contend with abysmal wages and working conditions — leading to eye infections, skin diseases, lung ailments, and cancers. Such workers are not offered health insurance, and in case of accidents, are rarely provided compensation.

Mushrooms have superior characteristics that make them a natural choice for leather alternatives. The cruelty-free and biodegradable nature of mushrooms allay the ethical, environmental, and human rights concerns associated with traditional leather. Mushroom-based leathers today are touted to be at par with traditional leather in terms of performance.

One of the world’s leading mushroom leather companies is Bolt Threads, which produces Mylo, a mycelium-based material, currently ready for commercial production. “Growing a cow takes one to two years. It takes growing the feed before you grow the cow. And so you’ve got a huge impact embedded in that cow. Mylo takes less than two weeks to grow.”, says Jamie Bainbridge, Vice President of Product Development at Bolt, to Fast Company. Bolt will not release further information on CO2 savings and a life cycle analysis until production starts at scale. MycoWorks, another company, claims to innovate over existing mushroom-based leathers in its patented Fine Mycelium™ technology, which “engineers mycelium cells as they grow to create three dimensional structures that are densely entwined and inherently strong”. This creates the chromium-free final leather product Reishi, which compares with the durability, performance, and environmental impact of animal-based leathers. In March 2021, MycoWorks collaborated with luxury brand Hermes to launch the Victoria travel bag, bringing its biotechnological innovation and Hermes’ legendary craftsmanship together to design the future of fashion.

In addition to providing ethical and sustainable alternatives to the leather industry, mushrooms offer us an opportunity to consider our consumption practices overall. As Merlin Sheldrake, author of ‘Entangled Lives: How Fungi Make Our Worlds, Change Our Minds, and Shape Our Futures’ told The Guardian, “We have been trained as consumers to think in terms of a straight line whereby we buy something, use it and throw it away. This is about material innovation, but it’s also about the culture of making endless new things, and what we can learn from thinking in terms of nature and of cycles instead.”

In addition to the immense potential that mushrooms offer as alternative meats and materials, one of its most important benefits is the potential economic opportunities for traditionally marginalised communities in a developing country like India. India’s poultry industry comprises huge conglomerates that employ millions of farmers through contract-farming agreements. India’s version of The Transfarmation Project could provide such farmers with an opportunity to escape the debt associated with vertically-integrated chicken farming, and transition to the significantly more humane and sustainable mushroom-farming model. This in turn could supply mushrooms as raw material for India’s burgeoning plant-based meat industry. 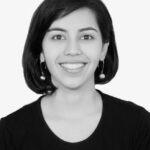 Lakshmi Venkataraman is a lawyer who works as a Campaign Manager at Humane Society International, India, the Indian affiliate of the world’s largest animal protection organization. She currently helps businesses adopt humane and sustainable cage-free and plant-based foods. She is passionate about designing food solutions that are equitable for farmers, consumers, animals, and the environment.

2 thoughts on “Guest Blog: This Veganuary, give mushrooms a try!”